I was waiting to review this until after I had used this pattern to make myself a quick top, but we are having company next weekend, and the massive clean up of our basement/lady cave/construction site became the priority.  So no sewing until after next weekend. Instead I will placate my yearnings by taking the opportunity to finish up this project: 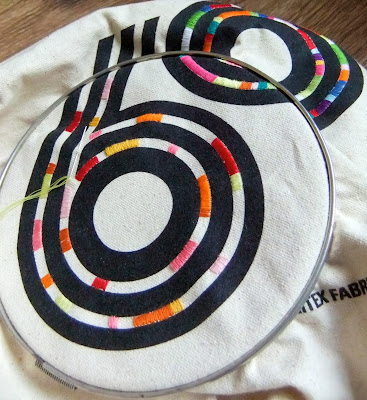 This is a souvenier tote I picked up at Britex when I was in SanFran this summer. I really wanted the coloured tote but I was on a budget and had an idea for their 60th anniversary tote. There will still be some sewing to do once the embroidery is done in the form of an added lining, but that will have to wait.

Not being able to sew frees me up to put together a long overdue pattern review. 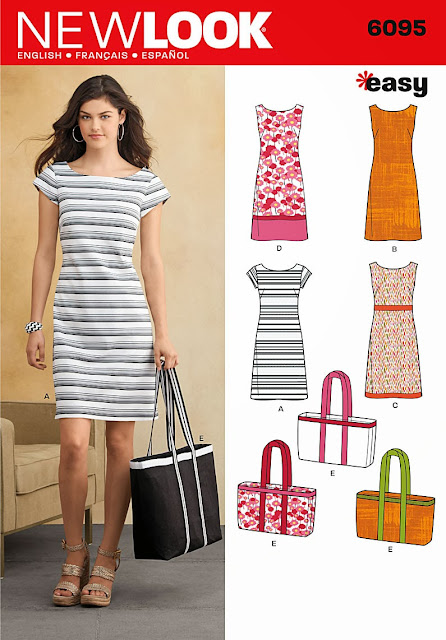 My sister asked me to make this for her for a school band trip to NYC back in April. We picked a beautiful knit and I made it up without any changes except for omitting the zipper. I never got pics of it, but then my mom asked me to make the same dress for her for the summer and for their upcoming trip to Hawaii. I've only sewed for my mom once with only so-so results. My sister and husband are nearly right-out-the-envelope-people so they are easy to fit, but mom is petite and mature which equals pattern changes I've never attempted before. This pattern is so simple that I thought I'd be able to handle it.

Using Fit for Real People, I made a petite adjustment which simply consisted of tucking up the length by about an inch and a half (if memory serves). I measured her from the shoulder to her waist and compared that measurement to the flat pattern. I made a quick muslin in some left over knit scraps of the top 3/4 of the dress to check fit which was spot on. Trust the math people.

I was worried about the dart placement since on my sister's dress is was a little low. Not enough for her to notice, but I made a mental not to change it if I ever made it for myself. On my mom, the placement was perfect.

For both dresses I made view A (the striped version) but omitted the provided neck facing, choosing instead to do a neck band on Jana's version (like a t-shirt), and bound my mom's with some scrap white sport mesh, 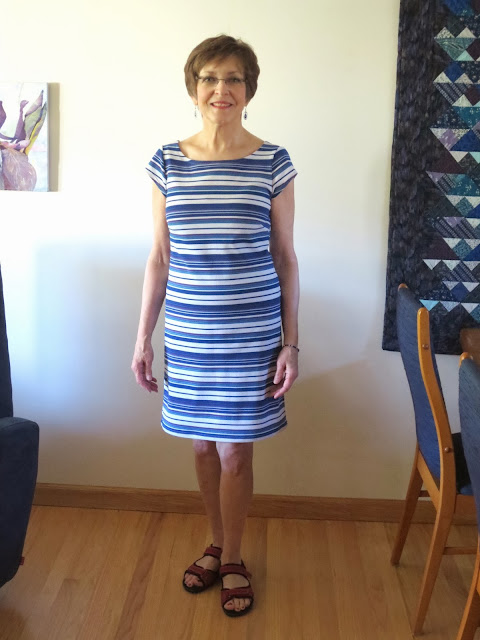 Because this pattern is drafted for a woven and I used a knit, I omitted the zipper and took in quite a bit on the side seams. The fabric we chose for Mom's was actually listed as a swim knit, but I would describe it as a thick, spongy double knit with a good amount of stretch and excellent recovery. 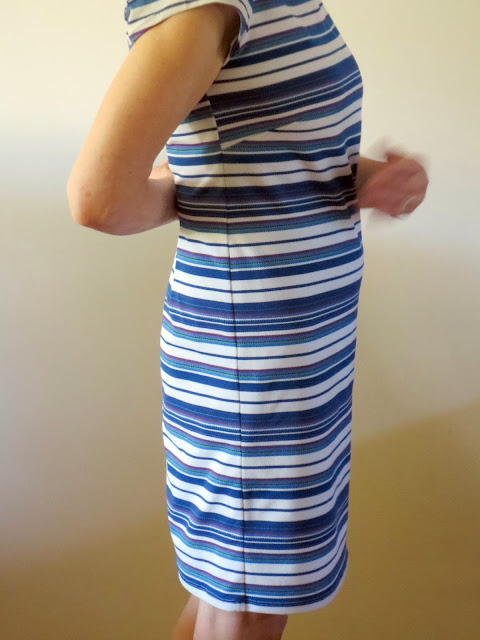 After sewing the seams twice using a ridiculous amount of pins, we were happy to get great matching of the stripes. 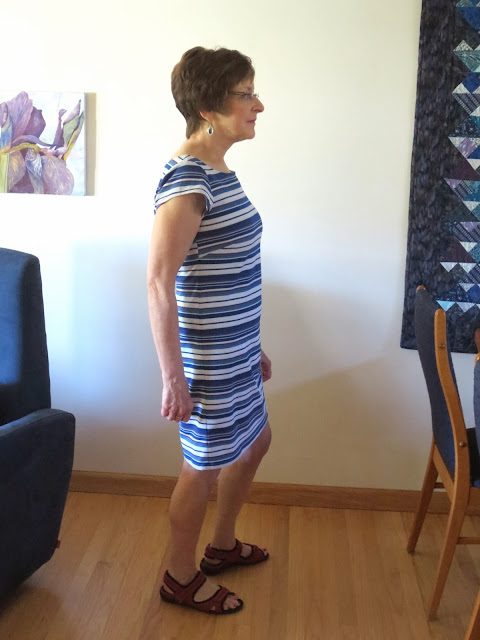 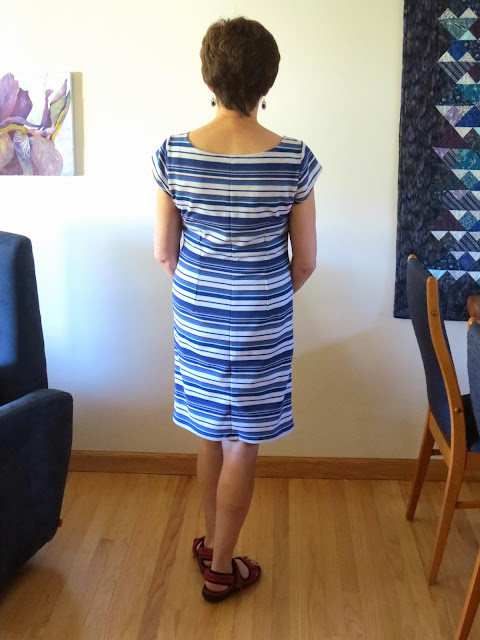 The back view looks as though she may have needed a swayback adjustment, but it might just be the angle that she's standing at.

I also need to add that I love love love the draft of this sleeve. The neckline is also very flattering. Since I'm basically a carbon copy of my mother, I'm assuming it will be just as flattering on myself. I'm anxious to see how it sews up in a woven, after which, I'll do a proper review on PR. 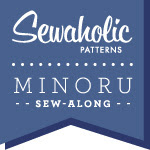